How have your sales been in October?

The first couple of weeks of Oct was ok but yes last week or so it’s been down a bit.

Awful sales this month and last month too.

Absolutely experiencing the same thing. It’s quite bizarre actually but I’m kind of glad it’s not just me (sorry!)

Peaks and troughs can often be predicted, but this month has really been a bit of a shock.

Probably not the case, but might be a good idea to test the join page, just in case?

Mine are down compared to last year but still there on a smaller scale. I think there is some genuine fear of a tough winter ahead. People are seriously cutting back on all their spending and getting ready to hunker down. We here in Finland have already been warned of possible power outages as people heat their homes. The price of firewood skyrocketed, thankfully well after we filled our wood storage room with more than enough to last the winter. Nobody has their holiday lights up yet, and it is nearly November. Even beer consumption is down.

Hello, it’s a bit the same here at YoungStraightBoys.
Many days without sales since one month.
30 days ago: 74 members, and now: 57 members.

Given that most customers live in countries where they have to heat during winter, maybe that can be an explanation, along with the general rise of the prices.

I think there is some genuine fear of a tough winter ahead. People are seriously cutting back on all their spending and getting ready to hunker down

I think that’s probably it.
There’s a lot going on.

I think it’s probably all these things going on at once affecting sales across all our primary geographic areas, whereas usually it might be one thing affecting one region causing issues.

Not to counter the narrative here, but our sales this October look to be about on par with what they were last year in October so I’m not seeing any big difference on our end. We do have some additional sites in our program that we didn’t have last year though, so it could be said that we are having to work harder to keep roughly the same amount of sales and rebills. I’m hoping with weather getting colder and people stuck at home we will see the increase we usually do in November and December.

actually you’re right. comparing to last year it looks very similar. However it really depends on how the weekend goes now.

Here’s the explanation, in case you’re expecting something positive 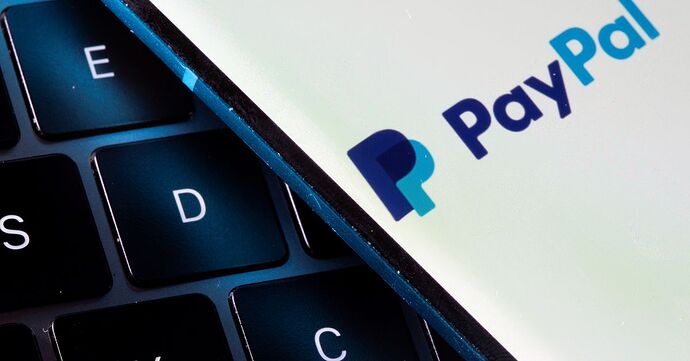 PayPal Holdings shares dropped nearly 6% in morning trade on Friday after the digital payments heavyweight lowered its annual revenue forecast, warning of a bleak holiday quarter as consumers cut back on discretionary spends.

Well, November doesn’t look any better than October as far as sales are concerned. Actually it is even worse. Nobody is buying anything on any of the sites that I promote. There were just a few little sales at the beginning of the month, and then nothing. It has never been this bad.

I just don’t know how to treat this almost complete cessation of sales – whether as something that is temporary and unique for this year and to hope for an improvement that comes over time, or as something more permanent…

How have your sales been in November so far?

Yeah October for me was very similar to last year but November is looking bad. I think compared to last year traffic is up by 14% but sales are down by 10%. Its starting to hurt.

If anyone was in the business during the financial crisis during 2007 to 2009 I’d imagine next year will feel familiar and possibly worse. We didn’t have sky high inflation then only a really bad recession

The situation is generally bad. Thoughtful subscriptions are made - mainly promotional and money-saving ones.

October wasn’t bad here but we’ve also noticed a slow down this month. I’m hoping with people home for the holidays (Thanksgiving here in the US) things will improve. We are running a BlackFriday / Thanksgiving sale all week that we just put live and already in it’s first day it doubled our sales over the previous day so hopefully that keeps up…