The whole story is very abnormal. You buy something and after 2 weeks you start talking about it going bankrupt. Musk has been acting strange, so apparently, we can expect anything, including the permanent shutdown of Twitter. If that happens, it’s likely that a new social network will emerge to fill the niche, though even that isn’t certain given that none of the Tumblr clones have become popular.

I don’t think this will have much of an effect on studios and affiliates as we rely more on direct traffic than social media, but it will certainly have a very negative effect on models using platforms like Only Fans, JFF, and so on.

I’m not actually sure the impact will be that great, but I don’t use Twitter anymore, and never really did for marketing. In my perception it will have the biggest impact on indy performers, OnlyFans and such.

I do think it’s likely to collapse. Estimates I’ve seen today suggest the Twitter workforce has been cut by 85%.

Musk seemed to think it was being run on a Windows PC from someone’s bedroom and these thousands of people were just sitting around and playing Ping Pong.

He’s probably now paying ten times as much as he was to bring in contract workers, who are less familiar with the systems and the business, just to keep the site running.

Going with Elon’s own flippant posting of a skull and crossbones flag… Twitter is now like a ghost ship roaming the seas, its sails on fire, a hole in its hull and while being chased by pirates. The only people still on board don’t know how to steer it, can’t fire the cannon and are ready to bail out at the first chance they get.

If that happens, it’s likely that a new social network will emerge to fill the niche, though even that isn’t certain given that none of the Tumblr clones have become popular.

Mastodon is apparently the new go-to site to replace it. I haven’t checked it out yet.

NewTumbl replaced Tumblr for adult content. It started immediately after Tumblr announced the end of adult and it’s been running ever since, so it seems to be relatively successful.

There were three others which emerged at the same time as NewTumbl but the only other one I’m still aware of is ShareSome. Unfortunately while they started out well they quickly made changes to limit the user functions so you can’t post links or promote anything without jumping through hoops, which immediately made it quite pointless for a lot of the users they gained in those first months.

Interestingly, DownDetector is showing Twitter has been having major problems since midnight. That’s what happens when you loose all your highly skilled server maintenance teams and coders in a fit of egomaniacal idiocy, I guess lol

I’m not expected Twitter to shut down but there certainly a lot of teething issues caused by the new CEO and it’s anyone’s guess as to his long-term plans and it’s possible it won’t always allow adult content.

I’ve been using Mastodon socially for the last few weeks. I like it but it has a very different ethos from Twitter. It’s indie run, so lots of people setting up their own servers that then become part of the wider Mastodon network. In general, advertising is not allowed on Mastodon servers and there’s no algorithm to promote content in the same way, it’s much more about who you choose to follow.

I’m not aware of any Mastodon servers that allow adult content, though it could just be that they’re not connected to the main networks. There’s nothing to stop someone setting an adult Mastodon server up but they’d have to have a serious think about how they would cover the running costs. Hosting is relatively cheap but running and moderating such a community eats up a lot of time.

I’m not so sure. I would have said the same a few days ago but it seems to be blowing up in his face spectacularly. IF it does go under, it must be the largest bust of it’s kind. Honestly, imagene the good 44billion could have done… buying up all the rain forests in the world or solving starvation in Africa, transition to renewable energy… but no… just a idiot burning up cash.

Yes you’re right, the largest impact will be Only Fans and those. Quite a massive impact I would think considering it’s the only place they can show hardcore previews.

I’ve seen talk from engineers who are predicting Twitter will go offline on Sunday or Monday. The World Cup is starting Sunday, and it always causes a massive load on the system.

If Elon really has lost all his core engineers and maintenance staff one little screw up could easily turn into a cascade of failures.

Already today there are reports of outages. 2FA isn’t working for a lot of people. Some are reporting that when they log out they can’t log back in again.

It’s going to be an interesting weekend.

It is starting to feel that way, there was a good post by a SRE about some of the things that cause Twitter to fall over.
If Twitter functionality becomes less and less reliable, fewer and fewer people will use it.

So many mixed signals over this, on one had he seems to want a new social platform called X (maybe a twitter rebrand)… On the other hes hinted at monetizing adult content on the platform (will kill most fans site fairly fast I feel)… 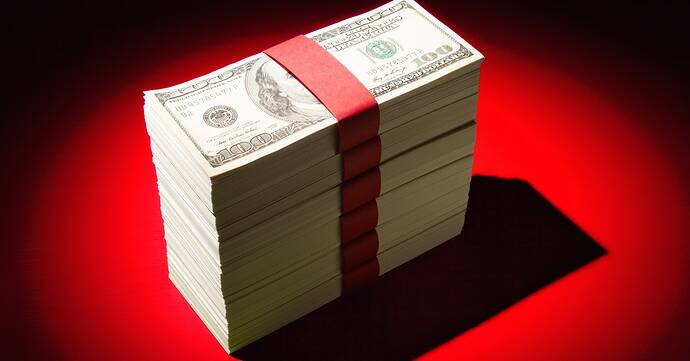 A plan to monetize adult content could make sense from a business and social standpoint. In practice, Twitter won’t be able to pull it off.

Well seems it survived the weekend.

As Twitter gets more and more right wing, spreading misinformation, inciting violence and promoting racism and bigotry I think the question should not only be “Will Twitter close down?” but rather “Will you continue to support and create content and advertising dollars for this increasingly dangerous platform?” Musk has truly made his intentions clear with reinstating the accounts of far right agitators like Trump and Marjorie Taylor Greene. I understand some people may rely on the platform for their livelihood, and we are continuing to use it sparingly, but we are already cutting down heavily on our posts there and looking to put our time and energy into better sources of traffic. To be honest, Twitter users don’t pay for porn anyways, the vast majority are just there to get off for free. If people stop posting on it and paying attention to it, everybody wins.