The “new” Online Safety Bill is making the exact same mistakes as the first one.
Somehow, the UK gov is once again expecting to police the world and command that every adult site request proof of age.

Just like the first bill, it’s making statements to appease the demands of “campaigners” who don’t know how the Internet works and think they have a right to dictate their morality to all on Earth.

Maybe, eventually, the UK government will work out that it can’t police the world and that it should be spending all of this wasted time and money on telling PARENTS to do their job instead of demanding the rest of the world be parents on their behalf?

So it only applies to sites owned and based in the UK then?

I guess OnlyFans will just move the company to another country or something.

As I understand it they’re also targeting social networks and plan to impose age check systems on them. How they plan to do this exactly is still not clarified, as was the case with the first failed bill.

Ready to go here. We made a G rated tour last time this issue came around, but we won’t use it until we have to, but it begs the question what will they allow you to show and what not? No penetration, but is a hard dick ok, or a soft one? pubic hair or a butt?
I still don’t know why they don’t push responsibility for this to parents to actually monitor what their kids are doing…

The problem is still that these plans are being pushed by illiberal pressure groups and politicians who don’t know the difference between an ISP and a VPN.

We all agree that actual criminal content should be tackled, and that can be done by enforcing heavy fines on social media companies and search engines who are best placed to prevent the spread of it.

Unfortunately, pressure groups are using this genuine concern as a means to inflict draconian measures on all of society. Christians and “concerned mothers” are pushing all of this because they a) want to restrict the freedoms of all based on their own notions of morality, and b) offload their parental responsibilities onto the rest of society, because they’re incapable and lazy.

It would be far easier and far more cost-effective to simply enforce existing laws, holding parents accountable for the things they allow their own kids to do.

I think it will be a simple blanket ban on nudity. No nipples, no genitals, and certainly no sexual acts. But then what about language? Are they going to start issuing restrictions on what words can be used? How are they then going to enforce that across social media? Will this balloon into censorship of “bad words” on Google, Reddit and YouTube?

And you’ve hit the nail on the head there, this is mostly about lazy, terrible parents refusing to do the job of raising their own offspring, passing responsibility to everyone else instead makes their “job” easier.

I have absolutely no doubt that if such laws pass it will grow. Once these draconian campaigners get a taste for blood they’ll be pressuring governments to start banning books in school libraries.

Oh wait, that’s already happening in the US.

Do you plan to use a G-rated tour on traffic from only countries that will have these rules so for example just the UK and Australia or?

i think we would make it an option for anyone who wants to use it, but for Australian and UK IPs it would be mandatory. We are playing around with a few different options still. One with a blank age verify before you see anything, and then a few versions where just the thumbnails are altered to comply with whatever rules they will make.

Depending on how they word the requirements, if it only applies to ‘commercial’ websites, we may move the member site over to belamixxx or something and run the tour as a separate ‘social media’ site where the rules would not apply, and then pass affiliate info over on join request to the actual commercial web site.

I’m not against running a g-rated tour for everyone and think that it may possibly actually help sales, as long as all the tubes etc also have to play by the same rules.

I wonder what all the smaller sites will do. There’s so many sites out there run by a single person or small operation that find it hard just updating and maintaining their current site, let alone implementation of age verification or alternate tours.

Then there’s all the affiliate sites, blogs, tubes… all kinds. What will they all do?

I personally don’t know what to do at the moment. I looked at a age verification system last time around and was thinking of forcing traffic from the UK through it before allowing it onto the site. So doing it by geotargeting.

This all potentially could have a big impact on sales which are already in a sad state.

Add to this that the “bad” players who already have a lot of traffic probably don’t give a damn about rules and will just continue without any age verification and will continue to eat up traffic.

I’m not against age verification as such but only if everyone is forced to play by the same rules. IF everyone did it could have a positive impact.

Me thinks this is something that should have been thought about at the dawning of the internet. Isn’t it something like controlling the gun ownership in the USA?

Yes it should and we did have age verification in the beginning which was a way to earn money back then.

There’s no problem with age verification if everyone used it and if it was one single system for everyone. It would then impact everyone equally and possibly make no real difference to traffic and sales.

The issue is that it will be lots of different systems meaning users might only have one and it won’t work on every site and I suspect many illegal sites won’t be using any at all. Then of course there’s the privacy issues too. 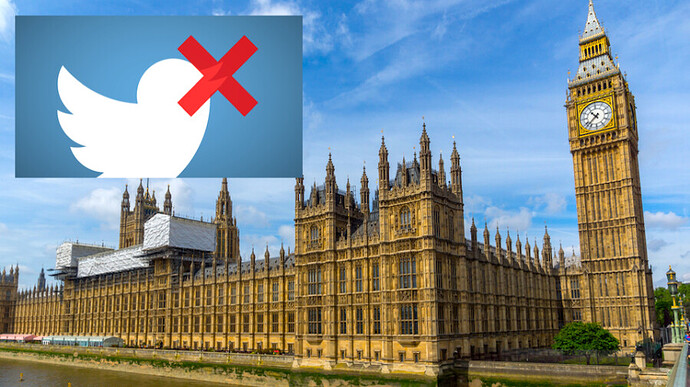 U.K. government officials confirmed last week that social media sites “hosting large amounts of pornographic material, such as Twitter and Reddit” would have to “introduce systems to remove adult material in the U.K., or introduce age checks to...

I wonder actually what counts as adult content, they don’t seem to have specified that.

If the idea is to create a registered users database giving credit card details etc this surely is going to be a field day for hackers!!!

There’s more, this time from Germany: 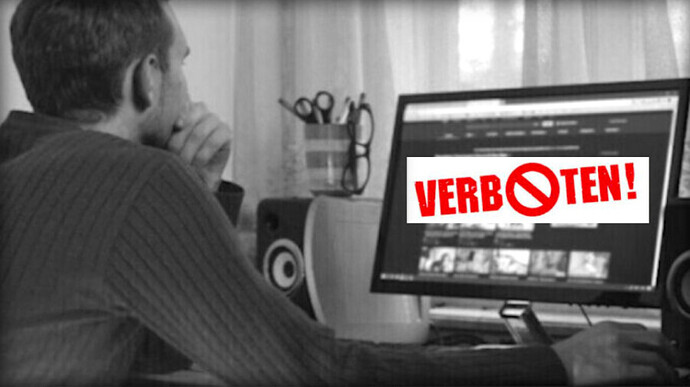 Confirming the fears of sex workers and advocates around the world, Twitter has reportedly begun blocking German profiles that include adult content, after a local government official escalated a campaign to force the platform to implement age...