I have not been able to figure out for the life of me what is coming down the pipe with this. Does he want to eradicate the hate speech and disinformation, moderation? Is it going to be (more of) a troll-fest? There’s a lot of hand wringing, but nothing concrete.

Firing the top brass was an telling move, and the European parliment has made their position clear: 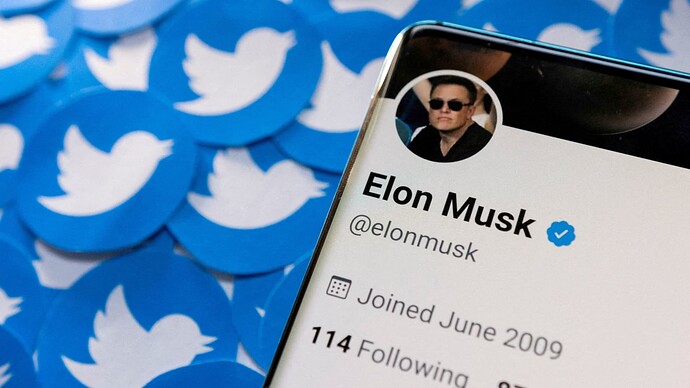 After Musk indicated his takeover of Twitter was complete, the EU's Thierry Breton tweeted: "In Europe, the bird will fly by our rules."

I really don’t think Musk is someone who cares abut hate & disinformation. Quite the opposite, he’ll probably allow everything if not even encourage it (its good for business). It’s really not a good thing that one of the richest people in the world now also owns (and privately) the largest way of communication, basically at his command, to do whatever he wants.

Couple days of using the Elon Twitter, and I’m loving it. Realized how many more gay men are out there that think like I do than I was lead to believe by the MSM and the LGBTQ+++, and the algorithms that blocked gay conservative views. My friends and I are always like we can’t be the only gays that are f*&g tired of being called a homophob because we don’t prescribe to everything the loud schrills that have hijacked the movement tell us is the new dogma.

I was DM’ed by one of the amateurs, that I follow when he saw that I was a web developer and asked me about starting his own site. I told him to keep doing whats working now, because starting up his own site is easy, dealing with payment and approval thats another story.

Many of these guys are REAL farmers, cowboys, blue collar guys that really wear Carhartt and boots to work and then come home (sometimes at work) perform for their fans base. Not sure how one can compete with these real guys with performers pretending to be something they are not.

Don’t you think perhaps there’s a downside that some views are now more easily seen? There’s such an incredible amount of misinformation, crazy conspiracies, hatred, homophobia, racism… now floodgates will be open for even more. The last thing we need is more of it. You have to block some things because clearly the average person seems to be incredibly gullible and believe everything that’s posted as the truth. There needs to be fact checking and filters.

Leaving one of the largest communication tools in the world in the hand of one single person is dangerous, this person who also happen to have some very twisted worldviews and clearly a bigot himself (just see Musk and his trans daughter). Look at Murdoch and the havoc he’s created.

My view on this is pessimistic.
He’s not a mature man, and he also seems to have issues with authority and control.

I think he’s vastly underestimated the legislation he has to comply with to be able to function around the world. He seems to have a fundamentalist idea of “free speech” which doesn’t conform to reality (in my experience a lot of Americans are hypocritical on this issue and don’t understand what the First Amendment actually does).

No matter how much people (rightly) criticize the way Twitter and Facebook etc handle moderation, it’s a vastly complex issue and it requires conformity with a dozen different legal frameworks.

Musk is not intellectually and emotionally capable of meeting that demand.

I expect he’s going to run Twitter into the ground, face legal challenges from the US, UK, Australia, EU and more, and eventually be forced to sell it at a loss.

And no, Conservative voices were not “silenced”. Hatred is RIGHTLY blocked from the servers of private businesses. That’s what these people are really complaining about. They are called out for their threats and their abuse of others and they scream “cancel culture!”

It’s not “cancel culture” when people and businesses judge your character to be terrible and want nothing to do with you, it’s business, and free will. You are not owed a soapbox from which to preach and you are not owed an audience to scream your ignorance at.

Also considering that the top 10 countries where Twitter users come from does not include a single EU country, if the EU gives Elon crap, I can easily see him telling them to pound sand and IP block the whole region. Saudi Arabia is higher on the list than France that comes in at number 12. I can see him doing it just to make a point and give the finger to the commission.

The meaning of WOKE is aware of and actively attentive to important societal facts and issues (especially issues of racial and social justice).

Actually, I’m not even going to go there…