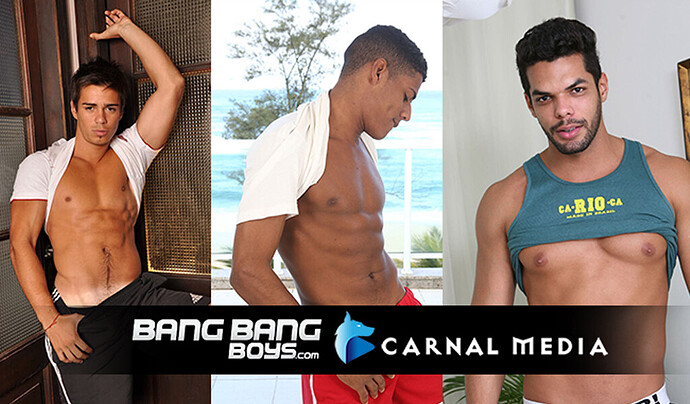 Carnal Media is pleased to announce the official acquisition and purchase of BangBangBoys. Legrand Wolf and his husband have purchased the site, library, rights, and intellectual property of BangBangBoys with plans to expand the genre back to the site’s glory days of award-winning content.

BangBangBoys, known for showcasing the hottest and most hung Brazilian and Latin faces over the years, as well as sensual barebacking scenes, first took to the internet back in 2006 with owner Gil Even at the helm. BangBangBoys produced over 800+ videos with well-known Latin models like Marcio Pitbull, Danny Lopez, and Adriano Morales.

"BangBangBoys has showcased the most unbelievably hot Brazilian and Spanish men - gay, bi, and straight. From hung young studs to beefy men. This was an amazing addition to our already rapidly expanding catalog of carnal series,” continued Wolf.

“Our release schedule for new content fashioned by a growing list of pervy producers for Q3 and Q4 makes CarnalPlus the leading platforms in the adult market for gay content. And BangBangBoys is the perfect way to jumpstart our Latin category,” remarked Wolf.

Congratulations, that’s a great site and I know Gil from many years ago! We’d love to do some trades with you guys on RawHole.com if you are interested.

BBB was always one of my favorite sites with some super hot models. If you bought all the original raw video footage I’d love to see you re-edit and upscale to HD quality if possible then re-release them. If you need a volunteer to help, drop me a message!