Are these the most popular sites there are? 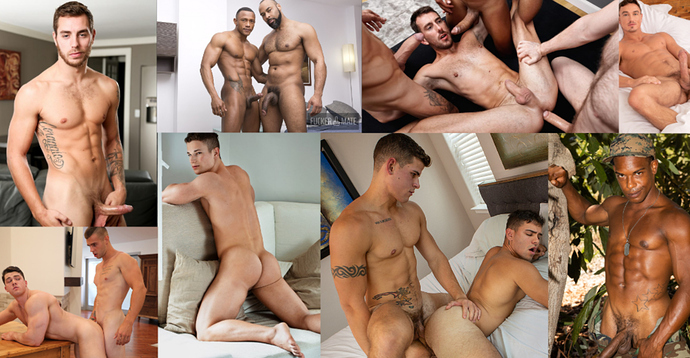 Ok so… it’s related to only membership sites making it more difficult to guess. Some of them make a lot of sense like Belami, others is more of a surprise.

At least it gives us a rough idea of numbers. Gaydemon.com had Alexa ranking of 62k and I don’t mind sharing that it in my case equals roughly 45-50k daily visitors / sessions.

That gives you an idea of amount of visitors to their sites. But that’s visitors and not members. So ok they might have a lot of visitors but does it mean they have a equal correlation in members? For example someone like Belami would have a lot more affiliate traffic than some of the others because it’s one of the sites that’s most promoted by affiliates.

Second, how well does a site convert. For example for me Belami converts very well while Titan no longer converts. Using Alexa ranking doesn’t actually show how many members a site might have. So while it’s got high amount of visitors it maybe got less active paying members than sites ranked lower.

Also, I would say Alexa ranking is not very accurate. My ranking for GayDemon used to be a lot higher, it went down when I lost traffic and but when the traffic came back the ranking stayed the same.

There’s a few I think might be inaccurate. Men åt Play might have been big a while back but at least going my numbers it should not be that highly ranked. Military classified is one I didn’t think would be that high but then again they have sold very well consistently. Similar with blackboyzaddiction, sells very well but I really didn’t think it would be at the rank it’s at.

So I don’t know… I don’t think it’s very accurate at all and personally I would have thought many of the sites actually have very similar numbers.

Thanks Bjorn. What would you say is the best way to get more traffic? Perhaps JuicyAds?

It won’t hurt to try but from what I know paying for traffic doesn’t work out very well.

Thinking about it, all those programs listed as the top sites also have fairly active affiliate programs. I would say the easiest way for you to gain more traffic would be by making the most of what you already have. Start sending out weekly newsletters to your existing affiliates, this will make it easier and more likely that affiliates will push your site. Most of us affiliates use content in one way or another to promote sites and send traffic. If we get a weekly newsletter with content in our inbox we’re much more likely to push your site. The harder it is to get promo content the less we will bother. You have a great site and really good content and I bet if it was easier to get promo content people would promote it more.

Something to consider when looking at a list like that is popularity or Alexa ranking does not necessarily correlate to a site’s success or profitability. I couldn’t tell you the last time I looked up our Alexa rankings. It simply doesn’t matter.

What does matter is that we’ve never had better conversion rates or profitability than we have with our site CumClub.com, despite having only a handful of affiliates and less traffic than some of our older sites used to receive.

This may not go over well with some here but we stopped accepting most new affiliates some time ago and terminated the relationship with non and underperformers. We now only accept new account requests on a case-by-case basis. It’s one of the best decisions we’ve ever made.

I find that Alexa is usually way off when it comes to traffic estimates. I agree with Bjorn that Alexa is not very accurate and I bet that this list would be very different when looking at the actual website stats.

A list based on SimilarWeb data would be much more reliable imo.

I think that much relate a bit to content being more unique and rare. The more affiliates you have the more of your promo content will be posted and perhaps make it saturated. Good example even if they do perform very well is Belami, there’s so much of it out there as most affiliates promote them.

I guess it’s a matter of striking a good balance like you have.